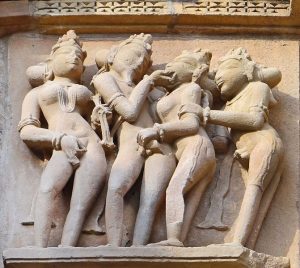 If only the ancient texts had more pictures.

Tantra, as all the tantra festivals will fall over themselves to tell you, isn’t just about sex.  It’s an ancient spiritual tradition with Hinduism that has been widely practiced across India and its origins are buried in the mists of time. Of course, anything New Age needs an ancient origin story to validate it but just check out the Wikipedia entry for Tantra to get an idea of how impenetrable the whole topic is. Few modern tantra courses would lay much emphasis on the following core tenets of Tantra, for instance, as laid out by one religious scholar.

So are all these Tantra festivals some Hindu sect?

Of course not! It wouldn’t be marketable…

Instead what we have today when we talk about tantra is the juiciest bits of ancient esoteric practice simplified and re-imagined in the rosy light of New Age spirituality. It’s all about union, transcendence, harmony, sacred sexuality and so on. Everyone wears white and walks around with that glittering look in their eyes that makes a less spiritual person want to hit them on the nose.

And tantra really can extend beyond sexuality into a creative and sensual approach to living where you accept each thing that happens to you as an opportunity to be aware, to create. 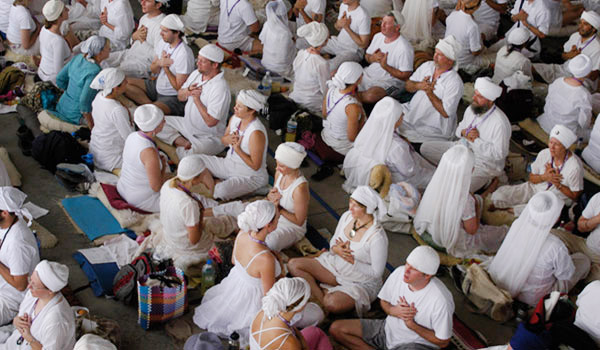 That’s not to say you’re going to get laid at a tantra festival. But dress up in white, put on a crystal mala, give yourself a name like Krishna Lightwalker and who knows, the god or goddess of your dreams might manifest..

100 women on a mountain in the Czech Republic making creative workshops by day, music around the fire by night!
22-29 July, 2022