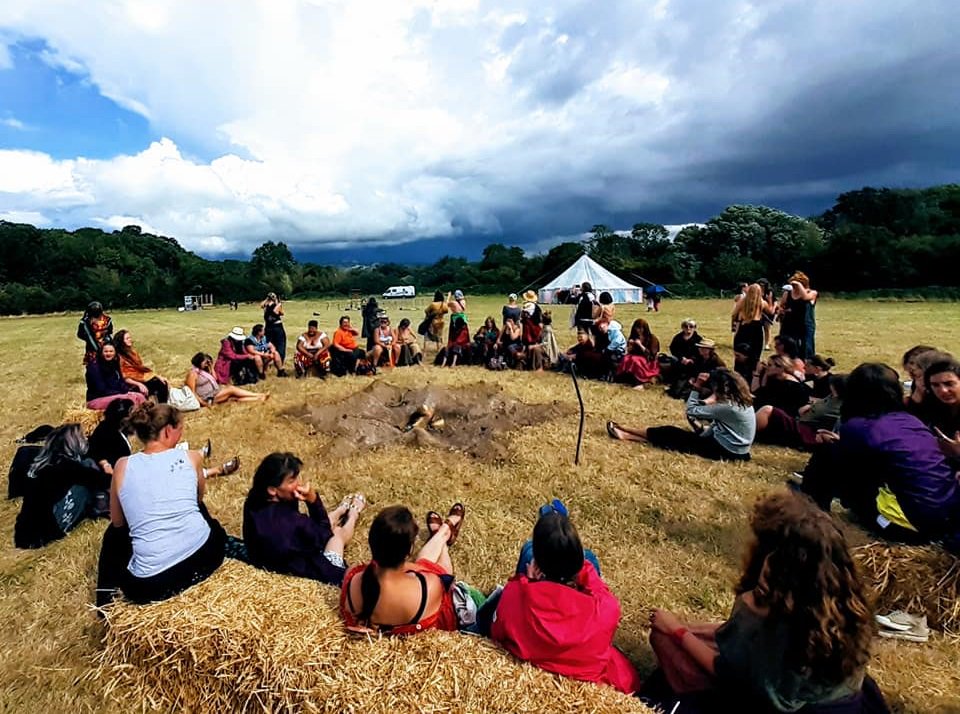 Female-only retreats and festivals are on the rise as women everywhere recognise the power of coming together to share, heal and celebrate what it is to be a woman in the world today.

Why would women want to have a festival that excludes men?

At a woman’s festival or woman’s retreat, women can let down their guard and relax in a way that’s rarely otherwise possible. And when women come together to share their stories, raise their voices in song and dance like crazy, there’s a special mood of community and freedom that is liberating and empowering.

Woman to Woman Festival will be held in the Czech Republic 22-29 July on a mountain surrounded by forest with a nearby lake and running streams. There are just 100 places and there will be creative workshops all day, acoustic music all night.

It’s a festival free of alcohol, electricity and, well, men…

Check out www.womantowomanfestival.com to learn more!

And here are a few other women’s festivals and retreats:

Ladies Only Festival held in Germany, 25-27 February, 2022. The site is only in German and it looks like it’s held in a big sports hall.

Sensual Feminine Fest is held in the spring in Holland and seems to offer tantra elements, dance, yoga and a body-centric approach to celebrating womanhood.

Women’s Highline Meeting is/was a female-only festival in the Czech Republic for those who love to walk on slack lines. The last event was in 2019 before the pandemic but keep an eye on it in case it comes back.

The Sisterhood – this is a women’s area within a major festival, Glastonbury, and has its own stages, camping area and the festival organisers describe it as  a ‘revolutionary clubhouse…open to all people who identify as women.’

Sadly, the women-only festival in Sweden, Statement, fell foul of the country’s strict discrimination rules and seems not to be happening again for a while.

8 days of creative workshops and music around the fire in a cosy, inspiring festival for 100 people in the forest and hills of the Czech Republic!
21-30 July, 2023

Set in a village of yurts surrounded by forest and a lake in the Czech Republic, it’s a week exploring themes of sexuality, body awareness and communication in relationship.
19-26 August, 2023